To share your memory on the wall of Wayne Stecho, sign in using one of the following options:

Passed on Thursday, October 29, 2020 with the love of his life, Laurie, his wife of 20 years, at his side. Loving father to Steve (Jody) and Mark (Cobi). Cherished Papa to Madison, Nathan, Dustyn and Shelby. Dear son of Anne and son-in-law of Georgette. Brother to Sharon and Terry (Mary) and brother-in-law to Jackie (Mark), Louise (Al) and Robert (Betty). Fondly remembered by nieces, nephews and friends. Predeceased by father, Harold and father-in-law, Stan.

Wayne grew up in Bridgeport, attending St. Anthony Catholic School and St. Jerome's High School. He owned and operated the family business, Harold Stecho Electric from 1984 until his retirement in 2014. He was a fourth degree knight with Kitchener Knights of Columbus, past member of Deer Ridge Golf Course. Wayne was very involved with the Carmel of St. Joseph and the Carmelite Sisters. He served on the lay committee raising funds on their behalf. Wayne was a man of integrity, known for his business savvy and a respected leader with vision and pride in the community in which he lived and worked. Wayne will forever be remembered for the ways he helped other people.

Special thanks to the doctors and nurses at Grand River Hospital and his family gratefully acknowledges the care given to him, and the allowances made for us to visit him in his final days at the Freeport Palliative Care Unit.

Private cremation has taken place and a memorial service will be held at a later date. Arrangements entrusted to the Henry Walser Funeral Home, 507 Frederick Street, Kitchener, 519-749-8467.

As expressions of sympathy, donations to the Grand River Hospital Foundation - Cancer Centre or Freeport Site or the charity of your choice would be appreciated by the family (cards available at the funeral home).

Receive notifications about information and event scheduling for Wayne

You will receive any future notification messages.
No funeral details available.

Donations are being accepted for: GRAND RIVER HOSPITAL FOUNDATION.

We encourage you to share your most beloved memories of Wayne here, so that the family and other loved ones can always see it. You can upload cherished photographs, or share your favorite stories, and can even comment on those shared by others.

Posted Nov 16, 2020 at 04:27pm
It is with sincere sadness I express my condolences to the Stecho family.

5 trees were planted in the memory of Wayne Stecho

Posted Nov 11, 2020 at 10:26am
I will never forget the good times shared. Laurie, my thoughts are with you, hoping you find peace.

Posted Nov 06, 2020 at 11:43am
Wayne will be greatly missed as our friend, neighbour, inventive chef and his willingness to lend a hand.

Posted Nov 03, 2020 at 02:55pm
It is with deepest sympathy that I have learned of your loss in the passing of Wayne. It fills my heart to acknowledge all that he has accomplished in his life, most particularly his family. May God bless you during these difficult days.
Carol (Geisel) Schnepf
Comment Share
Share via:
RM

Posted Nov 02, 2020 at 01:13pm
My sincere condolences to Wayne's family and friends.
I was a neighbour and childhood friend of Wayne's. We had years of fun together growing up as young boys and attending St Anthony's Catholic School. We walked to and from school in those days! There was also a church on the school property. Wayne and I frequently served together as alter boys at Sunday Mass.
Living in a fairly rural location, there was always lots for us to explore and learn about in the nearby woods and around the former Bridgeport dam. The waterline bordered a field connected to the large Stecho property. Wayne's dad even did some hunting there and in the bush.
Several memories of Wayne and I together stand out, even after 60+ years. For example, I always looked forward to watching American TV at Wayne's house. That's because his father had constructed the highest antenna anywhere around. Their TV could pick up very distant stations. Mr. Stecho (Harold) seemed like just about the bravest man I could imagine, watching him climb to the top of that TV tower to make adjustments. Another memory I have was when Wayne took me along to the Stecho family cottage on a lake near Southampton. I believe it was Gould Lake. I had my first water skiing experience that weekend! A seed was planted, and 2 decades later I was participating in ski shows, windsurfing and other water sports, while working at a resort for several years. I'm still thankful to Wayne and the Stecho family for including me that weekend. Proof that small generosities can have a profound effect on others!
The Stecho's were a hard working family, and Wayne had his duties. Unlike me, he also had a curfew, as did all the other boys in the neighborhood. I didn't need one. That's because when they went in, there was no one around to play with, so I went in too! I remember watching from our window across the street for years, their 2 vans, blazing "Harold Stecho Electric" on the side, leave every morning for a job somewhere. Mrs. Stecho (Ann) would often watch their departure from the front door. She also kept a close eye on neighborhood activities! The kids in particular. Boy's will be boy's!
I regret now I didn't maintained my friendship with Wayne over the years. We would have countless memories to share today. I could't have asked for a better, more trustworthy best friend during the first 15 years of my life.
Rest in Peace Wayne. 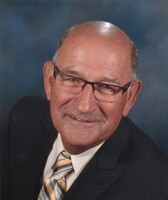