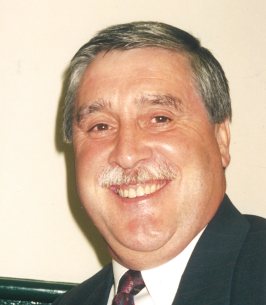 He leaves to mourn his loving wife Janet Dawson Brock of 32 years; his children Paul Brock and Wendy Dahms, and grandson Xavier Dahms, all of Kitchener; his brother Gordon Brock of Jersey Island; his cousin Pat (Bob) Robinson of England, many nieces and nephews; and his best friends Earl and Doreen Fleming.

David worked in Graphic Services at the University of Waterloo for many years and recently at Mat's Motors. David was thrilled to receive his 50 Year Gold Service Medal from the Polish Legion - Branch 412 for his 50 year long continuous membership. He was a great dart player and loved playing soccer. David was Janet's greatest supporter in all the fund raising that she has done.

Memorial service will be held at 11 a.m. on Saturday, September 17, 2022 at St. George's Anglican Church, 3 Byron Street, New Hamburg, with a reception to follow. Masks would be appreciated.
For those unable to attend, the service may be viewed via livestream at: Live Stream

As expressions of sympathy, donations to St. George's Anglican Church, New Hamburg would be appreciated by the family (cards available at the funeral home).