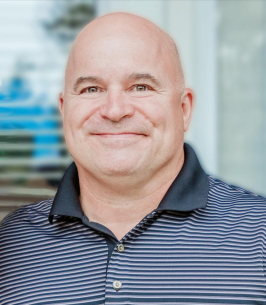 Carl Michael Kuntz was welcomed into the world on January 14, 1958 at St. Mary’s Hospital in Kitchener. He left us suddenly and far too soon after a heart attack on Thursday, November 3, 2022 at St. Mary’s Hospital. For a man who was so young and dedicated to his health and wellness, we are struggling to come to terms with this sudden loss. We are comforted that he spent his last hours doing something he loved - playing hockey.

Beloved husband of Katherine (Kay) Ono for 21 years, who were married on June 2, 2001 in Lafayette, California. Devoted father to Caitlin (Kuntz) Agla (Scott), and Alexandria (Kuntz) Patton. Most recently a dog dad to a new puppy, Ronan. Adored grandfather, or “Bumpa”, of Charlotte Agla, Harrison Agla, and Grace Agla. Cherished son of Mary Kuntz and the late Robert (Bob) Kuntz, and much loved by his stepfather Merv Redman. Dear brother to Elizabeth Kuntz (Fred), David Kuntz (Rosemary), Robert John Jr. Kuntz (Erica), Joey Kuntz (Kelly). Pre-deceased by his father, and his sister Suzanne (Kuntz) Forth (Peter). He was a steadfast support to his mother during these difficult times of loss. Much loved by his mother-in-law Rhonda Ono, sister-in-law Michele Ono (Michael), and brother-in-law Dan Ono Jr. (Giilani). Pre-deceased by his father-in-law Dan Ono. An uncle and great uncle to so many beloved nieces and nephews he had the joy of watching grow up.

Carl worked for many years at Kuntz Electroplating Inc. as an IT Manager, and had an amazing technical mind. In the last several years he had built his own business developing several patents and was a kickass inventor. In so many aspects of his life he turned his passions into action. Carl loved watching and playing all sports, especially hockey and football. He was so proud to be Bobby Kuntz’s son and be a part of his CFL memories as a young boy. This love of sport grew to a passion for protecting the safety of athletes, which he worked on tirelessly through his patents for protective helmets for contact sports. He had great passion for the environment - from installing renewable energy sources at his home and cottage, to his early adoption of electric vehicles, and his goal to have a zero-carbon footprint. His love of Port Elgin was formed at a very young age with fondly remembered family vacations, which fostered many life-long friendships and blossomed into a cottage family community. He absolutely loved to be at his cottage and spent every moment he could up there.

He was a man of few words and a kind and gentle soul, who would greet people with a big “how are ya?” and a huge smile. He gave generously of his time, skill, and resources to so many. There is no doubt hundreds of people can think of a time that Carl lent a hand, built something, or financially supported their needs and goals.

None of these passions or interests held a candle to his love of his family. His wife, his daughters, and his grandchildren were absolutely everything to him. Any way he could teach, help, or support us he did - not a question asked. It is a true privilege to be loved like that. How lucky we were to walk through life with his love and support wrapped around us.